Can Teething Cause Fever? 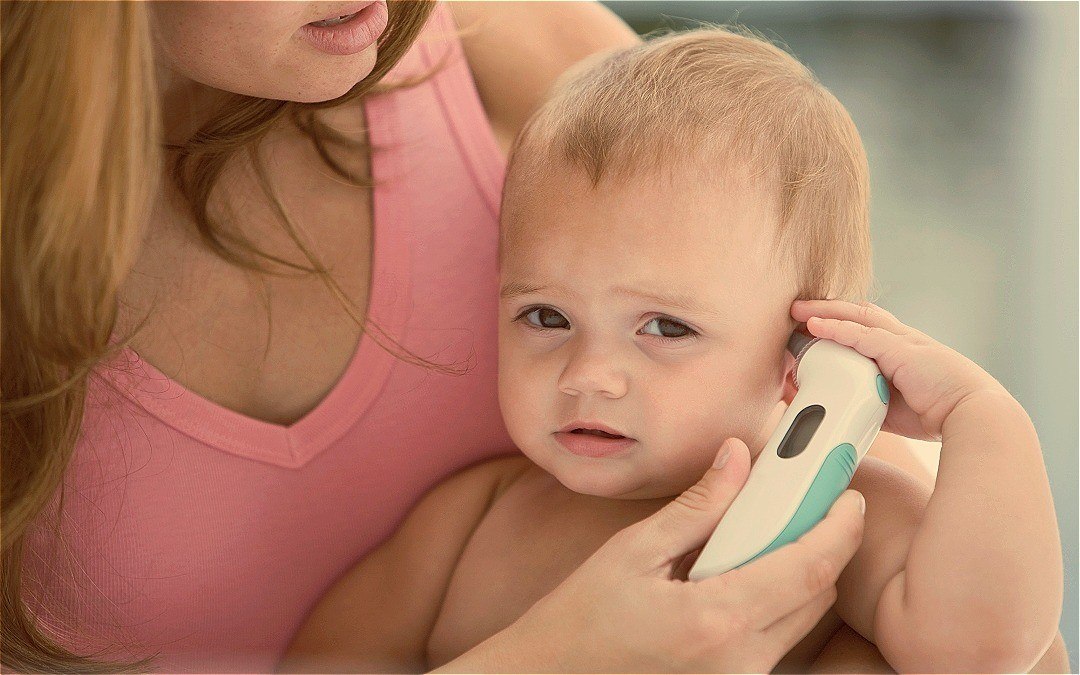 Article at a Glance:

When your baby starts teething, some of the associated symptoms can make you and your baby miserable. However, it should never make your baby sick.

It is crucial to recognize which signs and symptoms are associated with teething. Fever, as a symptom of baby teething or tooth eruption, has been a common misconception for several years.

In previous years, easily dismissing this potential health-related issue has led to the compromise of a baby’s health through misdiagnosis or misuse of analgesics [1].

Due to the limitations in educating the public about baby physiology, baby teething has perpetuated many myths regarding signs, symptoms, and the evolution of baby teething. It has been a widespread myth that baby teething can cause fevers.

Stay ahead of your baby’s health with familiarizing yourself with the signs and symptoms associated with baby teething.

There are a few great examples of baby teething misconceptions that have occurred in history.

Famous Greek physician, Hippocrates, believed teething caused symptoms such as illness, fever, convulsions and more [2]. He named the baby teething process “dentition difficilis,” or difficult dentition, believing it was a deadly disease. Hippocrates and other philosophers at this time had agreed that this was a difficult and challenging process for infants.

The ancient Hindus and Greeks also believed that teething attributed to illness and death. To remedy the teething symptoms in infants, medical professionals would rub baby gums with dog’s milk, hare’s brain, or colocynth root (a poisonous vine) [3]. Other remedies used included opiates, mercury salts, bromide, honey, and salt. It was also a common practice to cut the gums with a lancet.

Fortunately, these practices are outdated and have been discontinued in most, but not all places. Rest assured, there are safer and proven natural remedies to relieve baby teething symptoms and discomfort.

Real Cause of Fever in Infants

So, if teething is not the cause of the fever, what is going on with your baby?

Since the infant immune system is not fully developed, babies are easily vulnerable to germs and viruses.

The cause of fever could be related to an infection or stress response in your baby’s immune system. Increasing body temperature is one way to fight foreign bodies, viruses, and infections.

As the baby body grows and develop, it can trigger unnecessary high fevers even when an infection is not present. Understandably, this can alarm some parents.

The best thing to do is to follow along with a baby teething chart and monitor your teething baby for other symptoms that can pinpoint the presence of an actual illness, follow your doctor’s recommendations, and keep your baby comfortable. 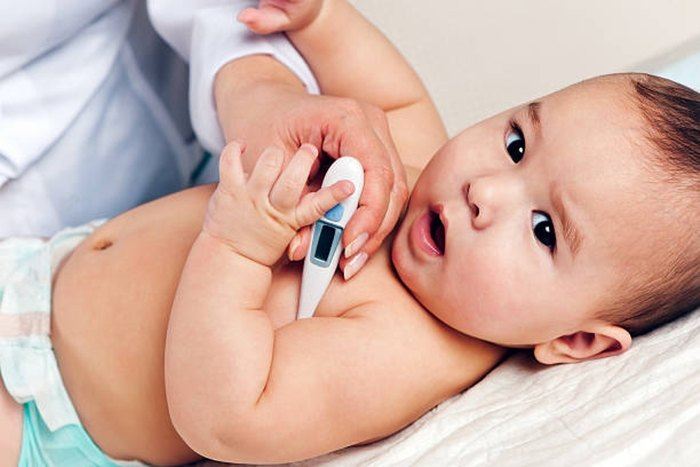 Studies Revealing That Teething Does Not Cause Fever

Fever as a symptom of baby teething is an old wive’s tale that must be rectified. In order to uncover the true cause of fever in teething infants, several studies have been conducted to understand the baby teething process.

Classic signs of an impending tooth eruption along the associated signs and symptoms, such as fever, vomiting, rash, and diarrhea, were measured in the following studies.

Study 1: In this study, 125 children between the ages of 4-12 months were observed. Over the course of 6 months, parents tracked their children’s daily symptoms by recording their temperature twice per day and noting the absence or presence of 18 symptoms that were listed on surveys they were provided.

As a result, the traditional teething symptoms only seen more frequently during the 8-day teething period.

Study 2: Over a six month period, the temperature of 46 babies were tracked for the 20 days before the eruption of the first tooth.

Study 3: This study followed 21 children between the ages of 6-24 months. These children attended 3 different daycares in Australia. Daily temperature and symptoms were recorded from the children who participated in the study.

As a result, temperatures were similar on tooth days (the 5 days before a tooth eruption) and non-tooth days (all other days). Researchers concluded that there is a little to no correlation between temperature and teething.

There is a famous saying, “teething only produces teeth,” which is still misunderstood by parents around the world. Even today, it is assumed that fevers, diarrhea, and vomiting are associated with baby teething.

Many studies around the world have been conducted to find a connection between baby teething and parental awareness.

With unawareness of the teething realities, parents can easily dismiss an underlying issue that could be more serious unrelated to teething. Although teething remedies and practices have changed over time, a misdiagnosis could mean the life of a patient. Evidence from the use of analgesics has had this type of impact.

The Relationship Between Teething, Fever, Diarrhea, and Vomiting

Vomiting, diarrhea, and a high fever are not teething symptoms and should not be treated as such.

These symptoms should be treated separately and monitored to rule out a serious illness.

To ease the aches and symptoms that babies experience during teething, such as sore gums, try various natural teething remedies such as a chilled, all-natural teething toy from Kute Keiki that provides safe and soothing relief for your growing little one.

What Do I Do If My Baby Has A Fever During Teething?

If your little one is showing signs of fever over 100 ⁰F (37.7 ⁰C) degrees, this likely is NOT related to teething. A slight fever of under 100 ⁰F sometimes occur.

As a baby tooth erupts through the gums, localized swelling will occur. Theis swelling triggers a baby’s immune system, as their body sees this as a possible infection. The triggering of their immune system will raise their temperature only slightly, but never over 100-101 ⁰F.

Some children may have a body temperature above 100 ⁰F and still seem to be behaving normally. Kenneth Stoller, M.D. [4], suggests that monitoring your child’s behavior or reaction to fever is the best way to determine whether their fever is related to a greater issue.

If your child is playing or behaving normally with a fever than there shouldn’t be much to worry about, however, if your child is lethargic and sleeping more than normal during a fever, than this should be more of a concern.

Make sure to keep your baby comfortable and well-hydrated while they are experiencing a fever. If your baby is still experiencing fever for 3-4 days and the symptoms are not subsiding, schedule an appointment with a pediatric doctor.

Many parents are burdened with “fever phobia” because they have heard that high fevers can cause seizures or something more serious. This leads to parents purchasing over-the-counter medicines such as Tylenol or ibuprofen to help bring a fever down.

The fact of the matter is that fevers can actually strengthen your child’s immune system. If your baby is younger than 3 months with a rectal temperature of 100.4⁰F or higher, then this is something to worry about.

Giving your child any form of fever reducer will only mask the problem at hand, when most times your ill child may just need time to rest and recover.

It is recommended to NEVER give aspirin to any child under 18, as this can lead to a Reye’s syndrome, a serious and potentially fatal disease which causes swelling in the liver and brain.

Although we are no medical professional, Kute Keiki always advocates for natural remedies in dealing with any health issues. Sometimes the most effective remedy for fever is giving your child some good comfort and cool water – an ancient natural remedy that still exists today.

[3] Ashley, MP. It’s Only Teething… A Report of the Myths and Modern Approaches to Teething.

[4] Arnos, K. The Complete Teething Guide from Birth to Adolescence.